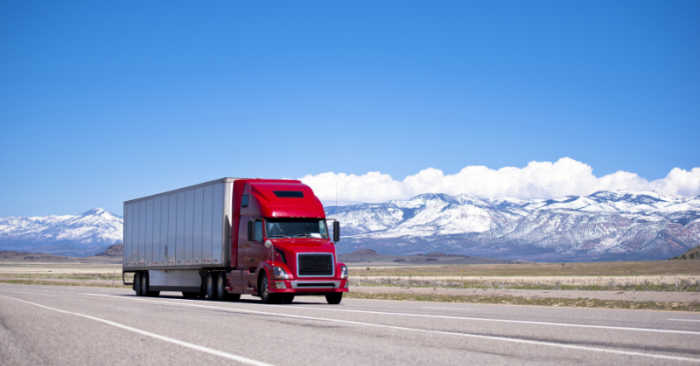 According to CargoNet, a theft prevention and recovery network, the number of cargo thefts and the costs associated with cargo theft have gone up considerably over the last year and a half. In the United States in 2020, theft of full truckloads increased by 25 percent and pilferage increased by 35 percent. In the first two quarters of 2021, those trends seem to be continuing, with the highest increases in theft reported in Texas, California and Florida.

With the rise in freight theft in mind, we recently surveyed carriers, owner operators and company drivers like you to find out about your experiences with cargo theft, particularly since the COVID-19 pandemic began. The folks we surveyed primarily run dry van, reefer or flatbed cargo and are located all across the United States.

Check out these five key results from our carrier cargo theft survey below.

One of the first questions we asked in the survey was this: “Have you ever been a victim of cargo theft?” Of those who responded to our survey, 16 percent reported that they’d experienced cargo theft and 82 percent told us that they hadn’t been victims to freight theft. One trucker noted in the comments, “I’ve had people look in my trailer when it’s been empty and the doors unlocked.” Most cargo thieves target trailers that contain electronics and in-demand household goods.

When it comes to where the theft occurred, most of our survey responders told us that it happened at a truck stop, though others also reported theft at shipper and receiver locations, drop lots, store parking lots and while parked on the street/road. According to our friends at Loadsure, a per-load cargo insurer, national statistics found that truck stops, drop lots and public parking were the top three reported locations where theft occurred in 2020.

4. Most Have Annual Cargo Insurance Policies

5. 50 Percent Have Paid for Secured Parking as a Precaution Against Cargo Theft

There are several actions that you can take as an owner operator or carrier to protect against freight theft. Half of the owner ops and carriers who responded to our survey told us that they sometimes pay for secured parking as a precaution against cargo theft. Did you know that you can search for and book secured overnight and long-term parking using the Trucker Tools app? It’s true. Thanks to our partnership with TruckPark, you can locate and pay for secure parking right in the Trucker Tools mobile app.

Check out these Three Easy Tips to Reduce Your Risk During Peak Shipping Season. To download the Trucker Tools app, visit https://www.truckertools.com/carriers/.