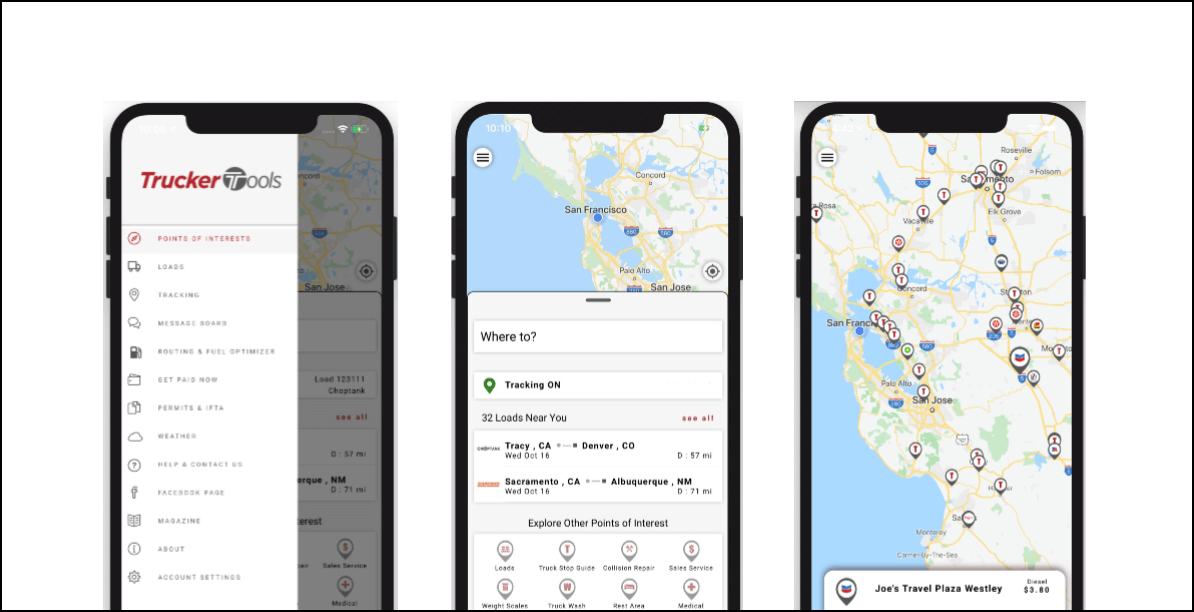 Even though Trucker Tools’ driver app has been downloaded by over 725,000 truckers and more than 130,000 carriers, we aren’t done yet! We’re excited to announce that we’ll soon be launching a new version of our free mobile driver app in both the Apple App and Google Play stores. All of your favorite tools and features will still be included in the new version of the app, but with a fresh design that is easier to use and suited for your lifestyle as a trucker.

The new release of Trucker Tools’ driver app will provide automatic notifications of nearby fuel stops and prices, as well as other responsive elements that keep you rolling to the next stop and getting paid. As always, Trucker Tools’ driver app does more than just track loads for brokers — it’s the go-to app for truckers who want technology that serves their everyday operational needs while growing their revenue.

As we get closer to the new app launch, let’s dig deep into three of the app’s most popular features, according to truckers.

You may be surprised to hear that the load tracking feature included in the Trucker Tools driver app is one of its most popular. One of the reasons our app users like the load tracking tool is that it works! The app uses your smart phone’s GPS technology to provide precise, reliable location information to your broker and 3PL partners.

The Trucker Tools driver app also can be integrated with the transportation management system used by your broker, shipper and 3PL partners to automate load tracking. Automated load tracking means fewer check-calls for you and more time spent driving and making money. Trucker Tools integrates with some of the biggest names in the TMS business, including McLeod Software, Tailwind Transportation Software, MercuryGate, and others.

Another popular feature in Trucker Tools’ driver app is our weigh scales tool. Tapping on the weigh scales icon will show you the closest weigh scale locations sorted by distance. Each weight scale listing includes the address, mileage from your current location, a map view with a traffic overlay, location details and an option to update the status of the weigh station to open or closed.

You also may search for weigh scales by city, state or zip code. Selecting the on route view will show you all the weigh scales along your route, as well as the total distance and estimated number of hours for your entire route. You can access turn-by-turn directions directly from the map view within the weigh scales tool.

The Walmart locator tool included in the Trucker Tools driver app is a popular feature, too. The default view within the Walmart tool displays a list of the Walmart stores closest to your current location. Each store listing includes the store hours, address, phone number, distance from your current location and a map view. Within the map view, you can access turn-by-turn directions and view your route to the Walmart with a traffic overlay.

Like the weigh scales tool included in Trucker Tools’ driver app, you can search for Walmart stores by city, state or zip code. To see all of the Walmart stores along your entire route, choose the on route option. The Walmart store locator feature does not include information on available parking, so you’ll need to call the store directly to find out if parking is available at each store.