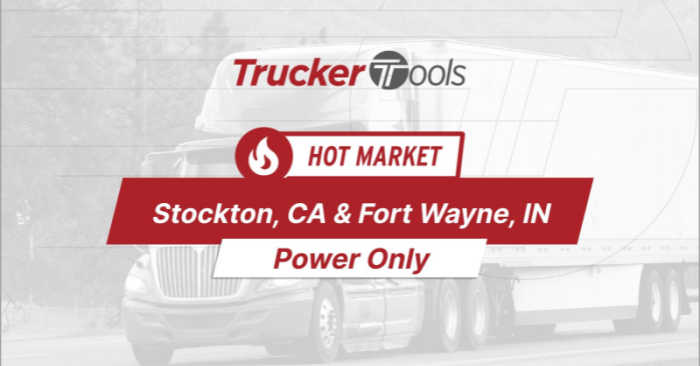 Friday is here! And so is your end-of-week edition of “Where’s the Freight?,” a free market report from Trucker Tools that tells you where demand for capacity will be highest and lowest over the next five to seven day period. In today’s Top Five Hottest Markets list, you’ll notice that the Stockton, Calif., power only market snags the number two spot. This is a notable development. Why? Stockton, Calif., has been a low demand market for several months due to Los Angeles and Long Beach, Calif., port congestion. Also of note in today’s edition of “Where’s the Freight?,” two southern markets (that aren’t in Arizona) are projected to be the highest demand reefer destinations in the coming week.

Scroll down to find out where else demand for capacity will be high, low, rising and falling over the next five to seven days!