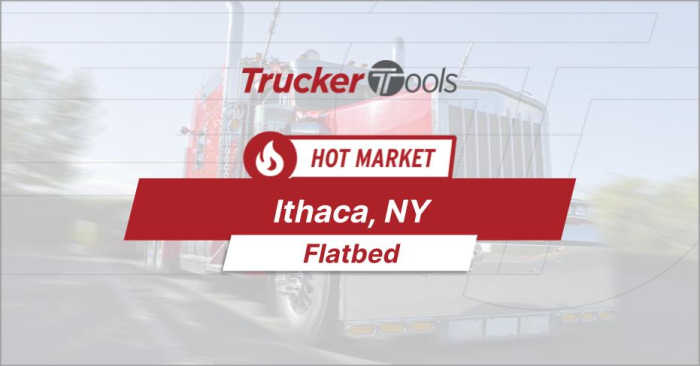 Welcome to the Monday edition of Where’s the Freight?,” Trucker Tools’ free freight forecast for trucking companies and owner operators. According to a report released last Friday from FreightWaves, inflation and its impact on consumer spending are likely responsible for declines in national outbound tender rejections and volumes over the last week. Despite these declines, this week you can expect to see relatively high demand for both reefer and flatbed capacity to and from Texarkana, Texas, which counts food processing and manufacturing among its top industries. You’ll notice that power only dominates today’s Rising Markets list, with power only demand projected to increase in five different markets in the coming week. If you run flatbed, you can expect Ithaca, N.Y., to remain relatively hot this week, while Brooklyn, N.Y., will be a cold spot for both flatbed and power only capacity over the next five to seven days.

To find out where else demand and rates are likely to be high, low, increasing and decreasing this week, scroll down to read the rest of this latest edition of “Where’s the Freight?”

Be sure to check out the Friday edition of our free market report, “Where’s the Freight? Ithaca, Dodge City, Texarkana, Tucson and Fort Wayne Top Markets for Fleets and Owner Operators in Coming Week.”