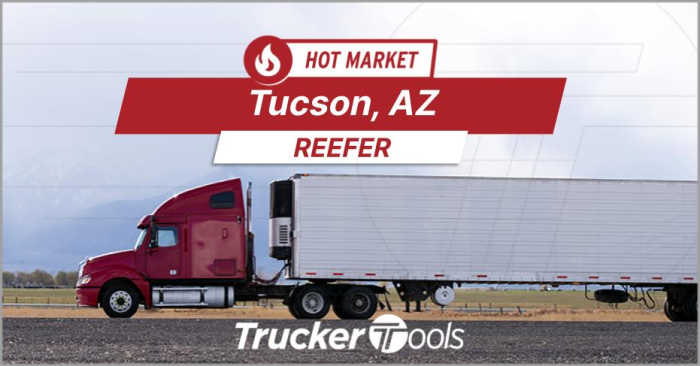 Happy Friday, friends, and welcome to your end-of-week edition of Where’s the Freight?,” Trucker Tools’ free market report for owner ops and carriers. Over the next five to seven day period, Ithaca, N.Y., will remain a hot spot for flatbed freight, with flatbed demand projected to be nine times higher this week than it was during this week last year. The city’s access to the New York State Barge Canal make it a vital inland shipping port. It’s also home to several automotive and aerospace manufacturers, which may be driving flatbed demand in the region. In the coming week, you also can expect high demand for reefer capacity inbound to and outbound from Dodge City, Kan., and Tucson, Ariz., while power only demand/rates for El Paso, Texas, are projected to increase over the next week.

Scroll down to discover where else freight demand and rates will be up and down over the next five to seven days in this Friday edition of “Where’s the Freight?”

For more insights into hot and cold markets, be sure to read the Wednesday edition of our freight forecast, “Where’s the Freight? Ithaca, Texarkana, Dodge City, Tucson and Fort Wayne To See High Demand/Rates This Week.”