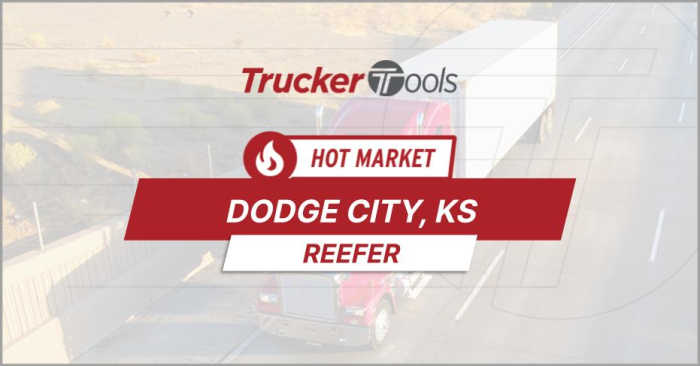 Welcome to the Monday edition of Trucker Tools’ “Where’s the Freight?,” your source for discovering where demand/rates for flatbed, reefer, dry van and power only capacity will be highest and lowest in the coming week. Over the next five to seven day period, you can expect to see demand for reefer capacity to/from Dodge City, Kan., increase significantly, while reefer demand inbound to and outbound from Winnipeg, Manitoba, is likely to decline. If flatbed is your game, you’ll want to keep an eye out for loads to/from Texarkana, Texas, as demand/rates are projected to rise over the next week. This week, Reno, Nev., Jackson, Miss., and Brooklyn, N.Y., will continue to be cold markets for power only loads.

For more market insights, check out the rest of this Monday edition of Trucker Tools’ “Where’s the Freight?” below.