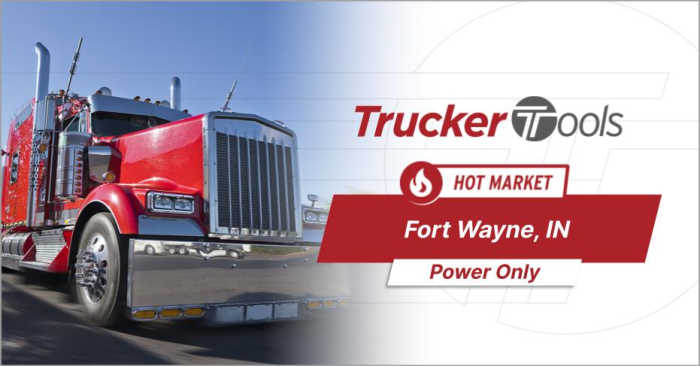 Welcome to the mid-week edition of Where’s the Freight?,” Trucker Tools’ free freight forecast for carriers and owner ops. As always, the market insights you see in today’s edition of “Where’s the Freight?” are drawn from real-world data from Trucker Tools’ driver app, carrier platform and broker platform. Over the next five to seven day period, Dodge City, Kan., will continue to be a hot spot for reefer loads. In the coming week, you’ll want to keep an eye on the Fort Wayne, Ind., Syracuse, N.Y., and Jonesboro, Ark., power only markets, as demand for power only is projected to be high or increase in these regions. This week, flatbed markets are expected to remain relatively tight, with Texarkana, Texas, projected to be the highest demand/rate flatbed market in the United States and Canada.

Scroll down to discover where else demand and rates are likely to be highest and lowest in the coming week in this mid-week edition of “Where’s the Freight?”