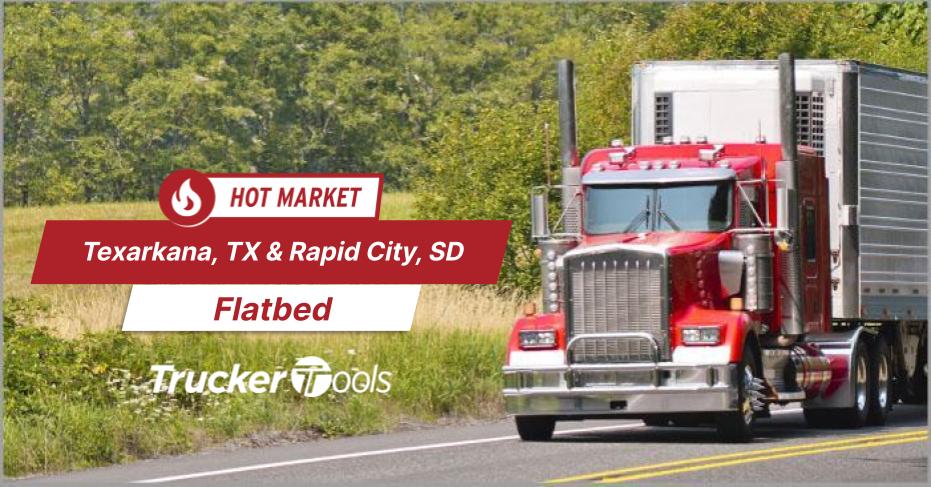 Welcome to your mid-week edition of Trucker Tools’ “Where’s the Freight?,” a three-times-a-week free market report that tells you where demand and rates are likely to be high and low over the next five to seven day period. In this Wednesday edition of “Where’s the Freight?,” the Edmonton, Alberta, reefer market claims the number 1 spot in our Top Five Hottest Markets list. Farmers in Alberta have been dealing with a severe drought this growing season, causing some to harvest produce early and sell off their breeding livestock, which is likely driving demand for capacity in the area. You’ll also notice in this Wednesday edition of our free market report that power only demand is expected to increase this week in and nearby ports on both the East and West Coasts. In the coming week, you’ll want to avoid taking loads into two dry van markets in provinces in Central Canada, as they are expected to be the lowest demand dry van markets in North America this week.

Read on to find out what else you can expect in freight markets across the United States and Canada this week in this latest edition of Trucker Tools’ “Where’s the Freight?”

Hot Markets Where Demand Will Be High or Rising

Cold Markets Where Demand Will Be Low or Falling

For more information on hot and cold freight markets, check out the Monday edition of our free market report, Where’s the Freight? Edmonton, Texarkana, Dodge City, Rapid City and Tallahassee Will Be Highest Demand Markets This Week. To download the Trucker Tools mobile app, visit https://www.truckertools.com/carriers/.