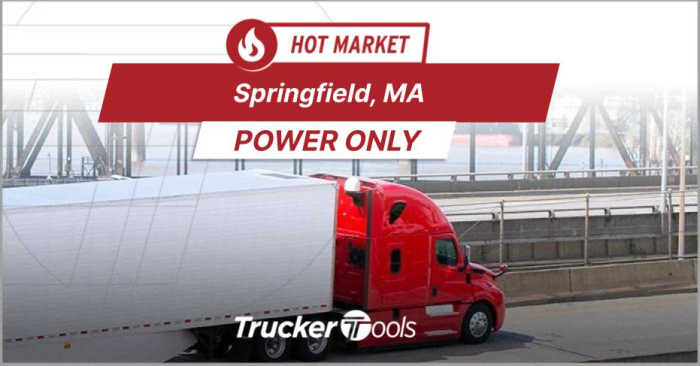 Welcome to your Monday edition of “Where’s the Freight?,” a free freight forecast from Trucker Tools that provides information on where demand and rates are likely to be highest and lowest over the next five to seven day period.

In today’s edition of “Where’s the Freight?,” you’ll notice that once again Texarkana, Texas, claims two spots in our Top Five Hottest Markets list. In case you didn’t know, Texarkana, Texas, is a city in Eastern Texas that has a twin city across the Arkansas border called — you guessed it — Texarkana, Arkansas. Though the cities have separate governments, they function as one integrated city. Texarkana is a major distribution point for agricultural products, which likely is why it has appeared twice in our Top Five on several occasions.

Also of note in today’s “Where’s the Freight?” is that the Edmonton, Alberta, reefer market claims the number one spot in our Top Five, making it the highest demand and likely highest rate freight market in North America in the coming week. This week, you can expect power only demand to be on the upswing in several markets in the Southeastern United States, while flatbed demand is projected to rise this week in one major Canadian market.

For more insights into where demand for capacity will be highest (and lowest) this week, scroll down to read the remainder of this Monday edition of Trucker Tools’ “Where’s the Freight?”

Where Demand Will Be High or Rising

Where Demand Will Be Low or Falling