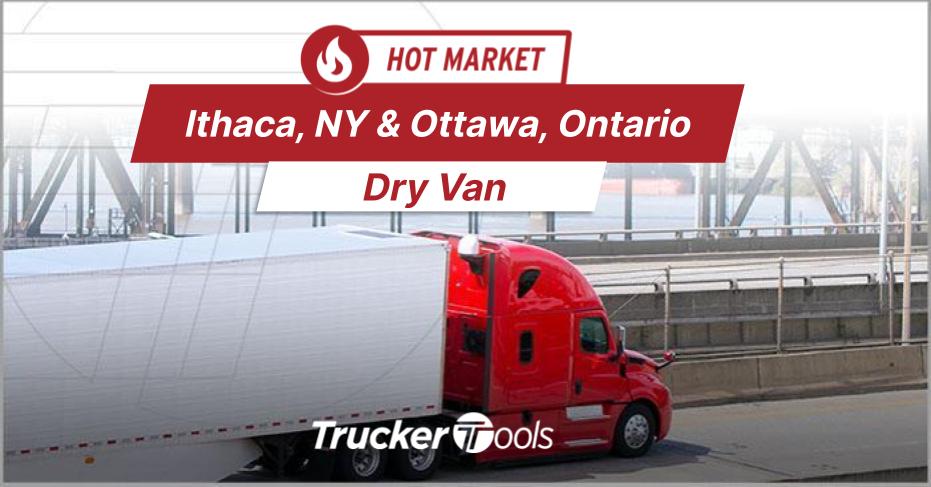 There’s lots of ground to cover in today’s edition of “Where’s the Freight?,” as the North Platte, Neb., power only market once again claims the top spot in our Top Five Hottest Markets list. In the coming week, you can expect flatbed demand to be on the rise in one Eastern Texas market, while dry van demand is projected to increase for Ithaca, N.Y., and Ottawa, Ontario. Also of note in today’s freight forecast is that one West Coast market in our Top Five list will favor owner operators and carriers by a ratio of more than three to one this week.

Read on to learn more about where demand and rates are likely to be highest and lowest in North America over the next five to seven day period in this Wednesday edition of Trucker Tools’ “Where’s the Freight?”

Where Demand for Trucks Will Be High or Rising

Where Demand for Trucks Will Be Low or Falling

Don’t forget to check out the previous edition of our free freight forecast, Where’s the Freight? North Platte, Dodge City, Spokane, San Diego and Edmonton Most Profitable Markets for Truckers/Carriers This Week. To download the Trucker Tools app, visit https://www.truckertools.com/web/carriers/.