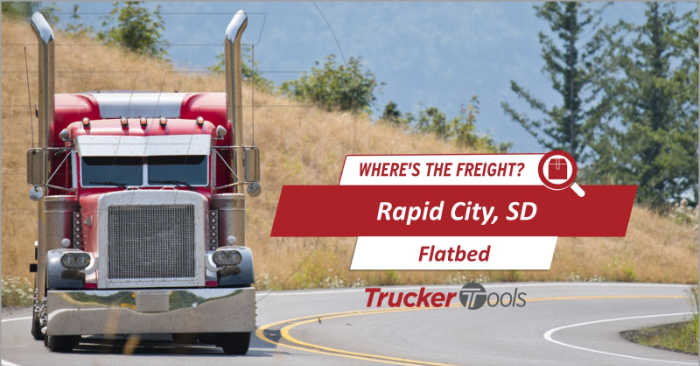 Congress is expected to pass at $1.9 trillion COVID-19 relief bill later today, which is likely to trigger a surge in consumer spending and freight volumes in the coming weeks and days. Truck capacity is already in high demand, as vaccine distribution increases and some states are in the process of relaxing their pandemic stay at home orders.

In today’s edition of Trucker Tools’ “Where’s the Freight?” once again, three of the five markets that are expected to be the most profitable in the coming week are flatbed markets. Flatbed markets have been the slowest to rebound from the initial COVID-19 outbreak, but look strong for the immediate future. In the next five to seven days, we also expect to see some power only markets in the South and Midwest gain momentum and for demand and rates to surge in those areas.

Read on to find out what other markets are projected to be hot (and cold) for truckers and carriers over the next week.

Where Demand Is High, Heating Up

Where Demand Is Low, Cooling Off

We’ve teamed up with FreightWaves to provide you with information on national trends and insights on some of the most popular lanes in North America. In today’s Daily Watch, FreightWaves reports that February’s winter storms have increased national outbound long-haul tender rejections by five percent. On-demand capacity is particularly tight for Cedar Rapids, Fayetteville, Little Rock, Des Moines and Pendleton.

If you haul dry van, you may want to target the Los Angeles to Atlanta lane on the spot market this week, as long-haul capacity is tightening and volumes are up in this lane. It’s also a good idea to accept tendered loads for Chicago to Elizabeth, N.J., in the coming week since there are large volumes of freight are coming out of New York and New Jersey — and because capacity is tight outbound from Elizabeth. For the Ontario to Allentown lane, you can expect high margins on the reefer side of things, but expect lower rates for dry van on the spot market, though port congestion could change this in the near future.