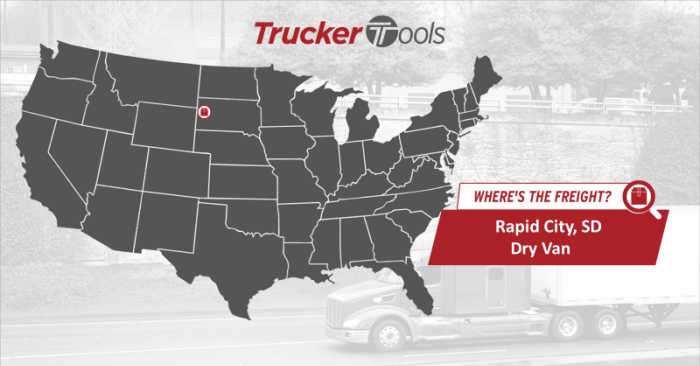 In today’s edition of Trucker Tools’ “Where’s the Freight?” you’ll see how several months of port congestion around Los Angeles and Long Beach, Calif., is impacting other port markets such as Savannah, Ga., San Diego and Jacksonville, Fla. Just how busy was the month of February for West Coast ports? The Port of Long Beach had its busiest February ever with freight volume up 43 percent when compared with 2020. Elsewhere, demand for reefer capacity remains elevated across the United States as produce season starts to take off. In today’s “Where’s the Freight?” you’ll also notice that Southwest Ontario and Portland, Maine, are expected to continue to be two of the hottest flatbed markets in North America. Keep reading to find out what other markets are projected to be favorable for truckers and carriers over the next five to seven day period.

Most Profitable Markets for Truckers, Carriers

Trucker Tools is teaming up with FreightWaves to give you insights into what to expect this week in some of the country’s most popular freight lanes. In today’s Daily Watch, FreightWaves reports that the national average for outbound reefer rejections is at almost 50 percent, meaning one out of every two reefer loads is being turned down by drivers/carriers. If you are a reefer carrier with trucks headed into Chicago, it’s recommended that you hit the spot market for loads running from Chicago to Columbus to take advantage of high volumes and rates in this lane. Outbound tender rejections are on the rise out of Atlanta this week, indicating increasing demand, which is why it’s a good idea to run Atlanta to Elizabeth in the coming week. Outbound freight volumes are rising for Cleveland and may increase to their highest levels over the next five to seven days, which is why you should be firm on your rates for Cleveland to Atlanta in the coming week.