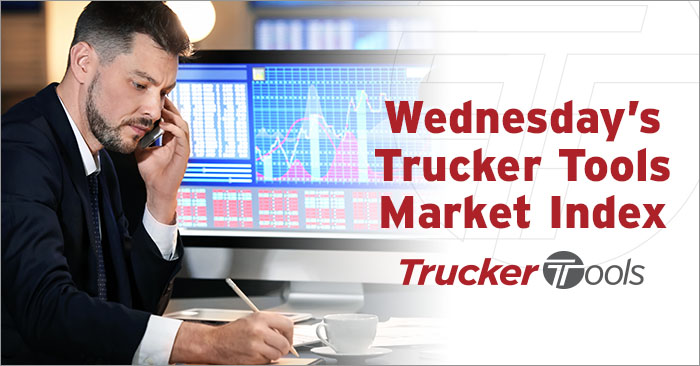 There’s never a dull moment in the trucking industry, that’s for sure. Blizzard and high winds warnings are in effect for the Interstate 29 corridor and portions of I-90 and I-94 in the Midwest. This storm is expected to move across the Midwest and Great Lakes into the Northeast tomorrow and into Friday. This incoming storm, as well as increased volumes at ports and the Covid-19 pandemic are complicating what is already an unusual holiday peak shipping season.

Today’s Trucker Tools Market Index Report shows sustained demand for capacity of all types across the country. Keep in mind that the markets listed in today’s Coldest Markets for Drivers and Carriers are only cooling slightly, as demand for trucks remains elevated in most areas. A good example of this is the Flagstaff, Ariz., reefer market. Demand and rates for Flagstaff are expected to decrease slightly over the next week, however they will remain higher than they were at the same time last year.

Hottest Markets for Drivers and Carriers

Coldest Markets for Drivers and Carriers

In today’s Daily Outlook, FreightWaves SONAR recommends that carriers and drivers target Ontario, Los Angeles, Dallas, Denver, Atlanta, Salt Lake City and Houston for long-haul freight loads over the next few days. Spot market long-haul rates and rejections are high for Little Rock, Hutchinson, Fayetteville, Joplin, Des Moines, New Orleans and Omaha. Rejection rates for Chicago to Atlanta are rising faster than the rest of the country as we head into the Christmas holiday, while rejection rates for Elizabeth to Los Angeles are hitting the 24 percent threshold.

The tender rejection rate for Chicago to Atlanta is 28.8 percent, above the national average, which may be a reflection of drivers heading home for the holidays. Atlanta’s inbound tender rejection rate is 31 percent, as a result. Dry van rejection rates for Elizabeth to Los Angeles have hit 24 percent and are expected to go even higher in the next few days as most drivers go home for Christmas. SONAR also is reporting that spot rates for Ontario to Harrisburg are most profitable for long-haul loads outbound from Ontario.