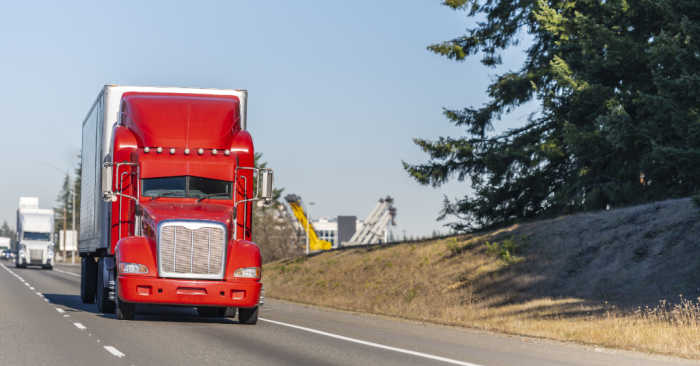 Throughout the COVID-19 pandemic, we’ve surveyed company drivers, owner operators and carriers like you to find out what’s been working well and what’s been most challenging about working in trucking in the middle of a global pandemic. We first asked you about how COVID-19 is impacting you in an April 2020 survey and then again in an October 2020 survey. Nearly 200 owner operators and carriers responded to our newest survey about the impact of the pandemic. In this latest survey, you told us about those things that have gotten better over the last year and about those things that continue to be a headache for you when you’re on the road.

The biggest takeaway from our most recent survey is about detention: it remains one of the most urgent issues for truckers and carriers like you. In the survey we asked, “What is your biggest challenge right now?” Approximately 41 percent of you named delays at shipper and receiver locations as your number one problem right now.

Read on to find out what else the survey revealed about detention and how the pandemic is affecting your fellow truckers and carriers.

How Trucking Has Changed in the Last Year: Detention Got Worse

One of the first questions we asked in our mid-year COVID-19 survey was this: “After a year of the pandemic, how is trucking different from a year ago?” The most popular answer was detention-related. Nearly 36 percent of those of you we surveyed told us that you’re experiencing longer wait times at loading docks compared to one year ago. As one trucker told us in the comments, “Appointments at receivers are harder to adjust.” Another wrote, “Shippers and receivers are holding up drivers.” We also received several comments about how drivers still don’t have access bathrooms, food and other necessities at shipper and receiver locations.

In the survey, we specifically asked if you’re still experiencing delays at shipper locations. Nearly 60 percent of you told us you’re still experiencing the same delays that you were at this time last year. As one person told us, “Slow to load is normal at most places.” Another trucker/carrier said, “There have always been delays, some worse than others. Some just added COVID-19 to their excuses list.” When we asked about how long you’re detained at shipper locations, 60 percent of you reported detention times of two hours or more. Twenty-two percent of those we surveyed reported detention times of under two hours, while the remaining survey takers said they didn’t experience delays.

Of those of you we surveyed, 68 percent of you told us that your rarely receive detention pay and 11 percent of you told us you’ve never received detention pay. We received some great comments on this question. As one trucker pointed out, “It depends on the shipper/receiver,” while others reported receiving detention pay on a weekly basis. But as one commenter noted, “It’s never enough for the actual delay.” Another offered this advice, “On a long haul, the only thing you don’t charge for is the 10 hour break. Every other minute that you’re on that load should be charged for no matter what the freight is.” One commenter said that it depends on the load negotiation terms, while another said that if they’re not paid for detention time, they won’t haul for that broker/shipper again. The frequency with which you receive detention pay generally has not increased during the pandemic, despite the increase in detention times. Approximately 65 percent of you told us that how often you get detention pay has not changed in the last year.

“It depends on the shipper/receiver,” while others reported receiving detention pay on a weekly basis. But as one commenter noted, “It’s never enough for the actual delay.” Another offered this advice, “On a long haul, the only thing you don’t charge for is the 10 hour break. Every other minute that you’re on that load should be charged for no matter what the freight is.”

For insights into how your fellow owner operators and carriers are using technology in their day-to-day, read “Four Surprising Results from Trucker Tools’ Recent Carrier Technology Survey.” To download the Trucker Tools mobile app, visit https://www.truckertools.com/carriers/.