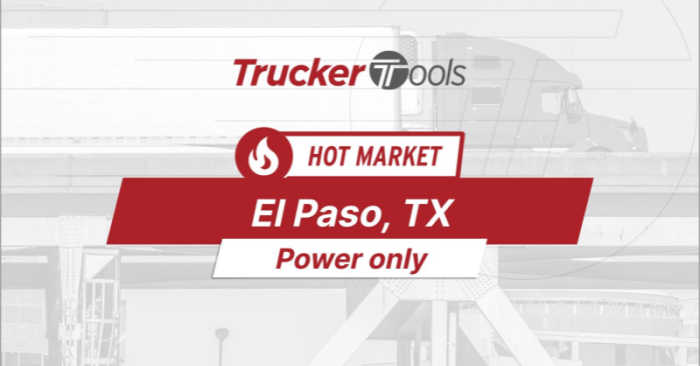 Happy Friday and welcome to your Friday edition of Trucker Tools’ “Where’s the Freight?,” a three-times-a-week market report that tells you where demand/rates will be highest and lowest in the coming week. In today’s “Where’s the Freight?,” one reefer market north of the border claims the top spot in our projected Top Five Hottest Markets list, while two Midwestern markets are expected to see increased demand for reefer over the next five to seven days. In power only news, San Diego is expected to remain a high-demand market this week. Demand for flatbed is projected to be extremely low in the coming week for one port on the Northern Atlantic coast and one region in the Pacific Northwest.

For more insights into where demand for capacity will be high, low, rising and falling in the coming week, scroll on down to read the rest of today’s issue of “Where’s the Freight?”

Make sure you check out Wednesday’s Where’s the Freight? High Demand for Capacity This Week for Texarkana, San Diego, Flagstaff, Rapid City and Jonesboro to learn more about where demand for capacity is heating up and cooling off. To download the Trucker Tools mobile app, visit https://www.truckertools.com/carriers/.