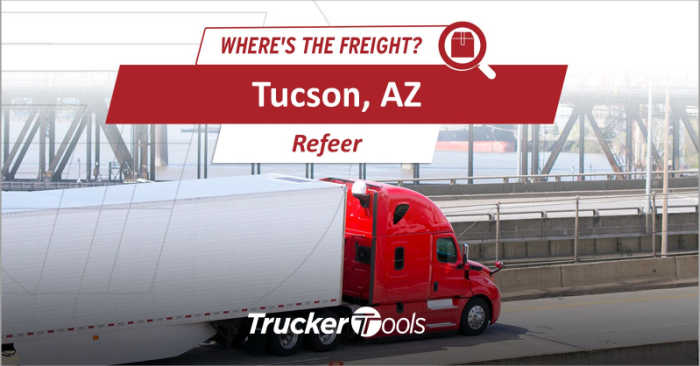 The winter storms that hit Texas and other parts of the country over the past two weeks continue to impact demand for trucks across the nation. In today’s edition of “Where’s the Freight?” you’ll notice that two markets where demand for flatbed capacity is projected to rise this week are in Texas, reflecting fallout from these storms. Outbound tender rejections, which measure demand for trucks, for dry van are holding steady at 26 percent according to a report yesterday from FreightWaves, which is much higher than normal for this time of year. In general, demand for trucks remains high across the country, which is why our list of cold or cooling markets is so short today.

Read on to learn what markets to target and avoid in the coming week in your Monday edition of “Where’s the Freight?”

Trucker Tools is partnering with FreightWaves to give you additional insights into what’s happening with demand and rates in markets at the national level. FreightWaves reports that capacity is still tight in several different Midwest markets and in and out of the port cities of Elizabeth, N.J., Savannah, Ga., and Los Angeles, which gives truckers and carriers the edge on spot rates. It’s expected that demand for capacity generally will remain elevated through the week. High import volumes from China also are expected to continue, which is allowing many carriers to increase their contract rates this year.