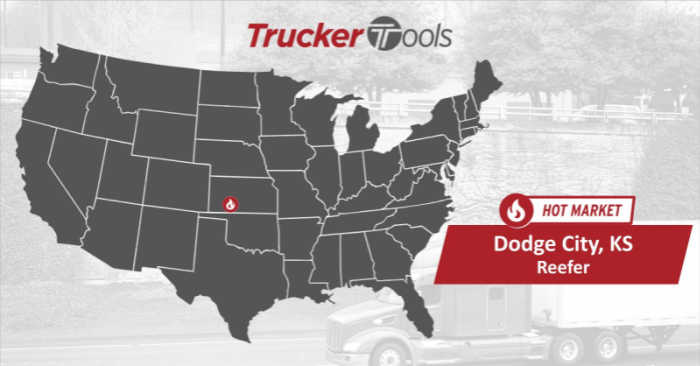 There’s a lot of ground to cover in this mid-week edition of “Where’s the Freight?,” Trucker Tools’ free market report that tells you where demand and rates are likely to be highest and lowest this week. Today’s Top Five Hottest Markets list has Spokane, Wash., projected to be the highest demand/highest rate reefer market in North America in the coming week, while the Rapid City, S.D., flatbed market claims the number one spot. Speaking of flatbed, demand for flatbed capacity will be on the rise this week to/from Southwestern Ontario. You also can expect power only demand to be relatively high for one major distribution point in California’s Central Valley and another along the Missouri River.

Read on to find out where demand for reefer, flatbed and power only capacity will be highest and lowest in the coming week in this Wednesday edition of Trucker Tools’ “Where’s the Freight?”