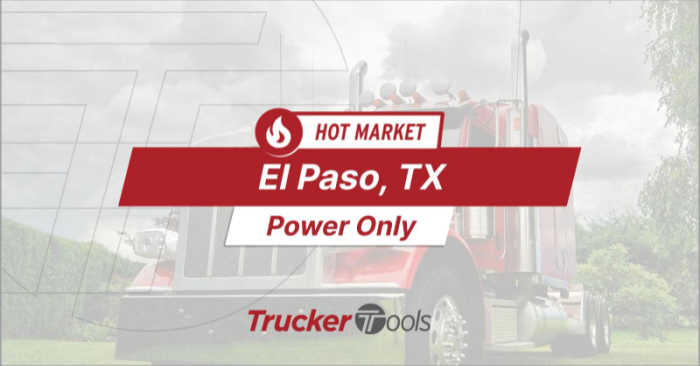 Welcome to your Monday edition of Trucker Tools’ “Where’s the Freight?” This three-times-a-week free freight forecast provides you with information on where demand and rates are likely to be highest and lowest across North America over the next five to seven days.

You’ll see lots of familiar names in today’s Top Five Hottest Markets list, with the Texarkana, Texas, flatbed market claiming the top spot as the best market for truckers and carriers this week. Speaking of flatbed, you can expect demand for flatbed capacity to be on the upswing this week to/from Shreveport, La., as Louisiana deals with the aftermath of Hurricane Ida. If you’re running reefer, look for reefer demand to increase in the coming week for Texarkana, Texas, and Lexington, Ky. — two major beef production, processing and distribution markets. Demand for power only will be on the rise this week inbound to and outbound from two major coastal ports, while Edmonton, Alberta, will remain the most profitable dry van market in North America.

Discover where demand for capacity/rates are likely to be highest and lowest this week in this Monday edition of Trucker Tools’ “Where’s the Freight?”