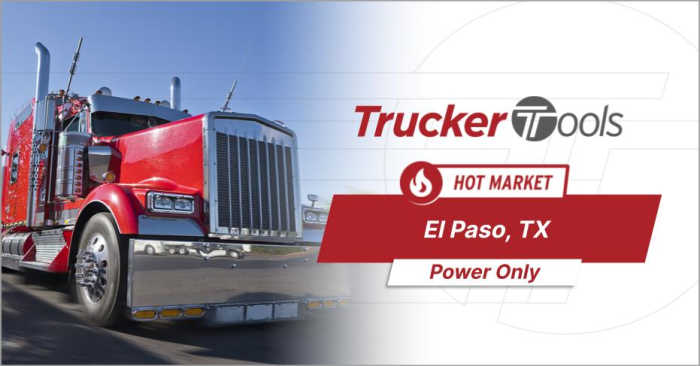 Welcome to the Monday edition of Where’s the Freight?,” Trucker Tools’ free market report for owner operators and carriers. FreightWaves reported on Friday that outbound tender volumes last week were at their lowest levels since the Martin Luther Kind, Jr. Day holiday in January. The cause is likely the high cost of gas and inflation in general, as consumers face higher prices for food, gas and other necessities.

In today’s edition of “Where’s the Freight?,” you’ll notice that two Texas markets appear in our Top Five Hottest Markets list and that two Arizona markets are in today’s Rising Markets list. Once again, the Texarkana, Texas, flatbed market claims the number one spot in today’s Top Five as the hottest market. In the coming week, you also can expect demand for reefer capacity inbound to and outbound from Tucson, Ariz., to increase, while Billings, Mont., is projected to be the least profitable reefer market in the United States and Canada. This week, demand for power only capacity to/from Southwestern Ontario, Fort Worth, Texas, Tulsa, Okla., and Phoenix is projected to rise.

For more insights into which markets will see high and low demand/rates in the coming week, scroll down to read the rest of this Monday edition of “Where’s the Freight?”