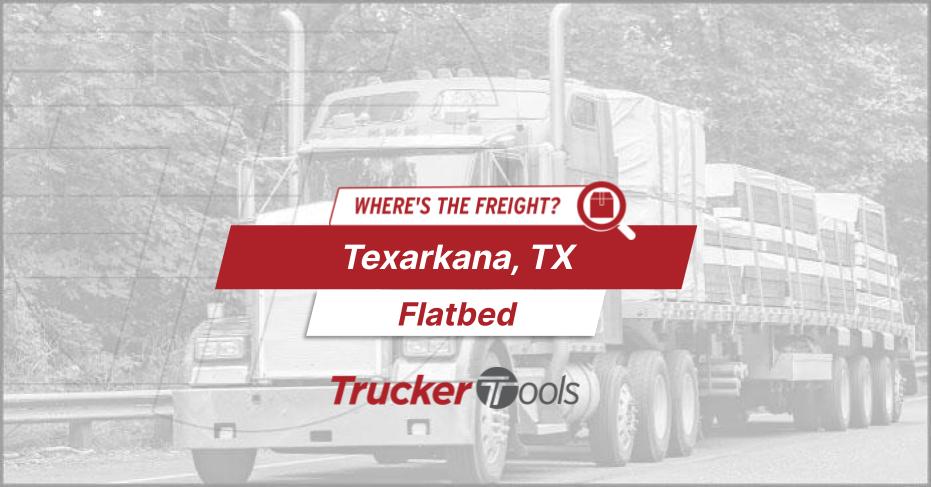 Happy Friday, truckers and carriers, and welcome to the Friday edition of Where’s the Freight?,” Trucker Tools’ free freight forecast for owner ops and trucking companies. FreightWaves is reporting today that national outbound tender volumes, which measure national demand for capacity, decreased by three percent over a two-day period this week. Despite the drop, volumes for all types of capacity currently far exceed 2019 and 2020 volumes.

You’ll notice that Texas and Kansas dominate our Top Five Hottest Markets list today, with the Texarkana, Texas, flatbed market claiming the number one spot in today’s Top Five. If you run power only, you’ll want to keep an eye on Springfield, Mass., and El Paso, Texas, in the coming week, as both markets are projected to see relatively high demand for power only capacity. This week, you also can expect to see relatively high demand for reefer capacity to/from Dodge City, Kan., and for reefer demand to increase for Tucson, Ariz., over the next five to seven days.

To learn where else demand and rates are likely to be high and low in the coming week, scroll down to read the rest of this Friday edition of Trucker Tools’ “Where’s the Freight?”

For even more market insights, be sure to check out the previous edition of our free market report, “Where’s the Freight? Springfield, Texarkana, El Paso, Omaha and Southwestern Ontario Most Profitable Markets in the Coming Week.”

Avoid Death by Excel: How Trucker Tools Can Automate Broker and 3PL Operations of All Sizes