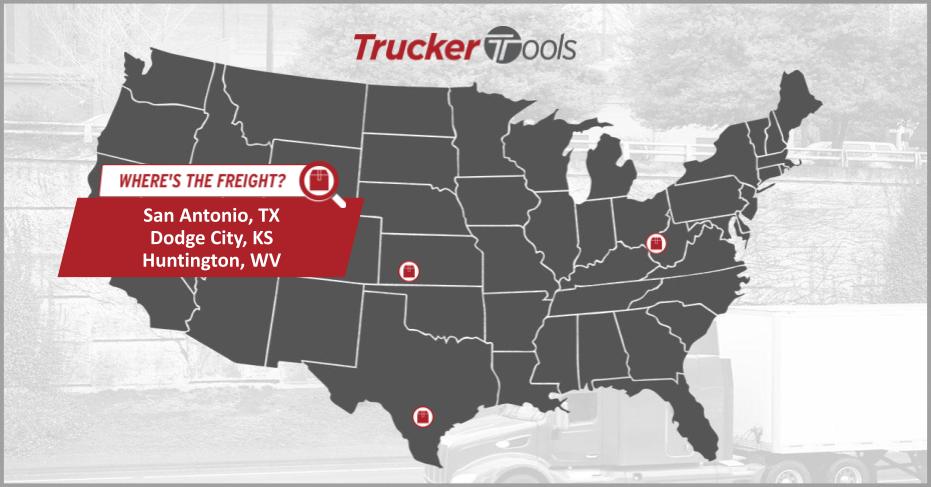 Happy Wednesday and welcome to the mid-week edition of “Where’s the Freight?,” Trucker Tools’ free market report for carriers and owner operators. In each and every edition of “Where’s the Freight?,” we use real-world data to tell you where demand and rates are likely to be high, low, increasing and decreasing in the coming week. In this third week of the new year, freight rates will remain elevated and continue to heavily favor carriers and owner operators. If you run flatbed, you’ll want to move Texarkana, Texas, to the top of your list this week, as it’s projected to see the highest demand in the country over the next five to seven days. You can expect demand and rates for reefer capacity to/from Tucson, Ariz., to increase in the coming week, while Wichita, Kan., will remain a hot spot for power only.

To learn where else demand and rates will be highest and lowest this week, scroll down to read the remainder of this Wednesday edition of Trucker Tools’ “Where’s the Freight?”

For more information on hot and cold markets, read the previous edition of our free freight forecast, Where’s the Freight? Tucson, Wichita, Billings, Edmonton and Southwestern Ontario Best Markets for Owner Ops and Fleets This Week.