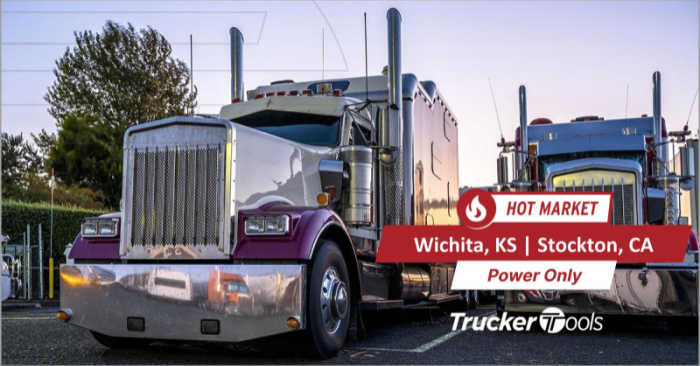 Happy Friday and welcome to your end-of-week edition of “Where’s the Freight?,” Trucker Tools’ free freight forecast for owner operators and trucking companies. As we close out the first full week of the new year, demand for reefer capacity remains high in one Southern U.S. border region, while reefer demand and rates are projected to increase this week in two of Canada’s “Prairie Provinces.” In the coming week, you can expect Stockton, Calif., to be a hot spot for power only capacity and Omaha, Neb., to be a cold spot for power only. If you’re hauling flatbed, you may want to prioritize loads to and from Dodge City, Kan., Texarkana, Texas, and Roanoke, Va., this week, as flatbed demand is expected to be strong in all three of these areas over the next five to seven days.

For more insights into which freight markets across North America will see the highest and lowest demand/rates for flatbed, reefer and power only capacity this week, scroll down to read the rest of this Friday edition of Trucker Tools’ “Where’s the Freight?”