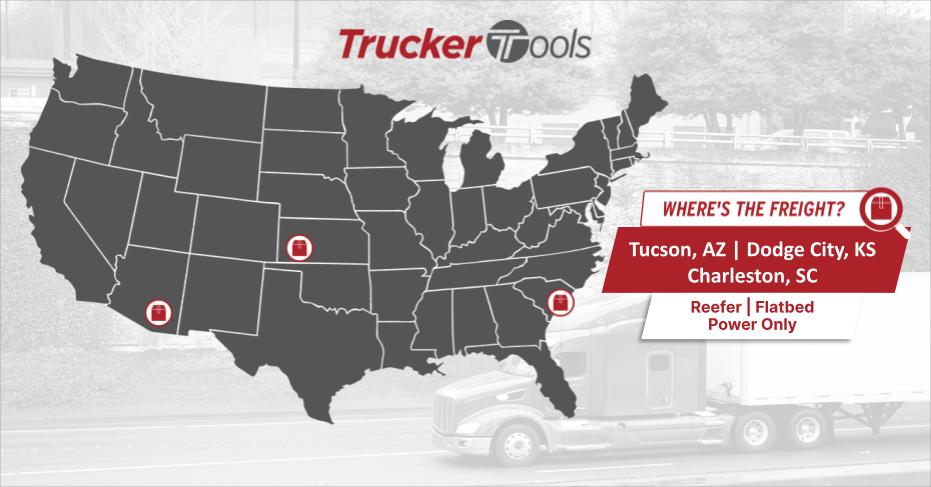 This week as we enter the post-holiday season, you can expect demand for truck capacity to remain high in many regions, including Dodge City, Kan. In fact, Dodge City, Kan., appears not once, but twice in today’s Top Five Hottest Markets list. If you pull reefer, you’ll want to be on the lookout for loads to/from Decatur, Ala., and Tucson, Ariz., as demand for reefer is projected to increase in both areas this week. In the coming week, you also can expect flatbed demand to/from Texarkana, Texas, to rise, while demand for power only capacity will increase this week for Charleston, S.C.

For more information on where demand and rates will be highest and lowest this week, scroll down to read the rest of this Wednesday edition of Trucker Tools’ “Where’s the Freight?”