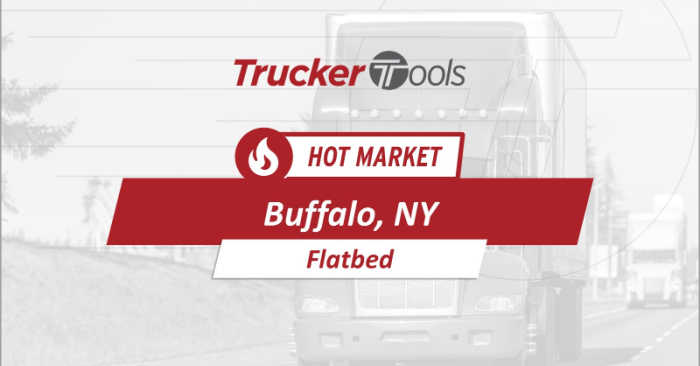 In today’s Trucker Tools Market Index Report, you’ll see some new names on our hot and cold markets list, as well as some familiar faces. For the eighth consecutive week in a row, Tucson, Ariz., will remain the hottest reefer market in the country for those of you who pull refrigerated freight. Wheeling, W. Va., today makes its first appearance in a Trucker Tools Market Index Report as the least desirable market for flatbed truckers in the next five to seven day period. Overall, though, freight volumes remain high for this time of year as online retail continues its boom and manufacturing starts to pick up speed in replenishing inventories.

Where Rates, Demand Will Be High or Rising

Where Rates, Demand Will Be Low or Falling

FreightWaves’ Daily Outlook advises carriers who typically run Kansas City to Los Angeles to consider destinations in the middle of the country instead of L.A. to maximize revenue. If Cleveland to Atlanta is one of your preferred lanes, stay firm on your rates this week because capacity will be tightening coming out of Cleveland. Demand for capacity is expected to decline for Dallas in the next week. If Dallas to Lakeland is one of your usual lanes, you can expect rates to be much lower than the national average.

For more information on which markets will favor drivers and carriers in the coming week, check out our previous Market Index Report, Jacksonville, San Francisco, Wilmington and Grand Junction Hot Markets for Truckers in the Next Five to Seven Days. To download Trucker Tools’ free driver app, visit https://www.truckertools.com/carriers/.