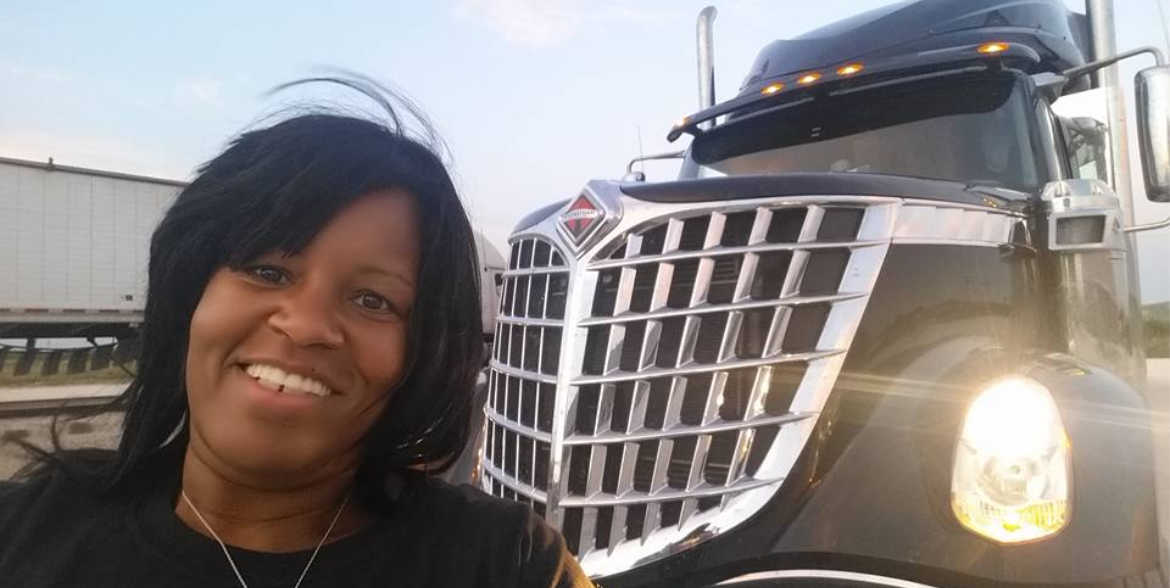 The federal Equal Employment Opportunity Commission received more than 400 gender-discrimination complaints between 2005 and 2015, which is a substantial number, considering that only six percent of truck drivers are female. Of those, one in six reported a racial component of the misconduct and two-thirds said they were retaliated against for reporting the harassment or assault.

Though no large-scale studies have been conducted to estimate how many female truckers are harassed or assaulted in the workplace, the Federal Motor Carrier Safety Administration announced earlier this year that it will conduct a study of on-the-job crimes against female and minority truckers.

Trucker Tools recently spoke with owner-operator Tamara Brock about her involvement with Real Women in Trucking, a support and advocacy network for women in trucking, and what the organization is doing to increase safety for women (and men) in the trucking industry, especially in training situations.

Can you tell us about Real Women in Trucking and how you got involved with the group?

“Real Women in Trucking promotes safety and has created a network of support for women who already work in trucking and those new to the industry. We provide outreach programs, continuing education, advocacy, mentoring, networking and ongoing support to promote retention, encouragement, and unity between both new and seasoned female drivers. One of our goals is to speak candidly about harassment and violence against women within the industry. The main area of focus for us is addressing sexual misconduct that happens during training.

I met Desiree Wood, the founder of Real Women in Trucking, at GATS the year before last. We were on the same path of wanting to create a better environment for women in the industry. I was doing my own thing with YouTube and videos. But I really wanted to educate and help women who are getting into the industry understand what they are getting into and what they may have to go through with being on a truck alone with male trainers. Desiree has been an advocate for women in the trucking industry for about 10 years. She had a personal experience with harassment when she got into the industry.

I was kind of scared of Desiree at first because I thought she was so serious and I thought she would just laugh at me because I was a new driver at the time. I hadn’t been in the industry that long. But she didn’t. I told her my concerns and we hit it off. Come to find out, we had the same interests, so we teamed up. I became a member of Real Women in Trucking and began helping her talk about the issues that women face in the industry. One thing we’ve been concentrating on is bringing this information to social media to try to stop harassment and violence against women from happening, especially during training.”

What are you and the other members of Real Women in Trucking working on right now?

“We decided this year to gather all the complaints we receive about harassment and violence in the industry. Because I’m on YouTube and social media, a lot of women call me and tell me about the things that are happening to them. Also, I train women who often are coming from other companies who’ve been on a truck with someone and it didn’t work out. They tell me about their experiences.

We need to start educating and making policies and procedures.

Can you tell us a little bit about Real Women in Trucking’s recent trip to Washington DC?

“A group of us from Real Women in Trucking went to Washington DC in November to meet with the FMCSA about sexual misconduct in truck driver training. We first approached the FMCSA at GATS because the organization oversees the safety of truck drivers.

After we met with the FMCSA at GATS, someone from the FMCSA reached out and invited Desiree, Idella Hansen (also from Real Women in Trucking) and me to Washington DC. When we met with FMCSA in DC, we talked to them about the complaints we’ve received from women in the industry.

I was amazed to see the response we got in Washington. In addition to our meeting with the FMCSA, we met with 12 legislators. We presented them with a brief on all of the cases of harassment we’ve gathered. There’s a bill right now that Senator Jerry Moran (R-Kan.) has introduced called the Promoting Women in Trucking Workforce Act that is going to address violence and sexual harassment in entry-level training and also recruiting. One of the senators we met with was Tammy Baldwin (D-Wis.). After we met with her in Washington DC in November, Senator Baldwin signed onto the bill, which is a good thing. Now we’re waiting to see what comes of this.

We want to make sure that when the FMCSA and legislators put a focus group together to look at this issue, that they include drivers — people who have experienced this type of behavior — because we are the ones going through this. That’s what we made clear to them. We asked to please include people in the industry that have been through this.”

What is like right now for women truckers who are experiencing on the job harassment or violence?

“So many women are afraid to speak up. And it’s not only women that are experiencing workplace violence, it’s happening to men, too. They often aren’t reporting it because they are too embarrassed. A lot of this behavior is happening during training. We want people who are coming into our industry to realize that they don’t have to go through that, to know that is not acceptable behavior.

When people come into the trucking industry, they often don’t know what to expect. They don’t know that they’re expected to be on a truck with a trainer alone for four weeks. You’re going to be sharing a small cab with someone you have never met before.”

You mentioned that sexual harassment and assaults when they occur often happen in training. What can be done to stop this from happening?

“We need to train trainers to have professional relationships with their trainees. Trainers aren’t being trained properly on what they can and can’t do. I mean, trucking companies have harassment policies.

I don’t want to make it seem like there are a lot of bad trainers out there because there are wonderful trainers out there. But we need to get rid of the misconduct. It’s not acceptable. If companies would initiate a zero-tolerance for this misconduct, it would help. We have to have rules in place and education for trainers and trainees.

In an ideal world, what would RWIT like to see? What are your goals?

“In some states, you have to take a test on how to spot human trafficking. If we have laws to protect everyday people from trafficking, why can’t we have laws to protect entry-level drivers coming into this industry, stop turning a blind eye and acknowledge that there’s a problem? Some training companies don’t even keep documentation of complaints or assaults that are reported.

We have to have professional standards for trainers. We need more education for trainees, too, on how to report an incident or deal with the situation. We need to create an environment where trainees feel like it’s okay to open up and talk to someone.

One of the best defenses you can have as a trainee is to know your rights, how to protect yourself, how to document what’s happening and get yourself out of the situation if harassment or violence is happening. Let’s work together because, at the end of the day, we all want to win.

What we’re trying to do is get laws in place to protect and make it safe for people in entry-level training fleets. We’re also encouraging people to talk to their Congresspeople, especially if they’ve experienced workplace violence or harassment during training themselves. We also want to involve drivers in any focus groups that are formed for the bill.”

If a trainee is experiencing harassment or workplace violence, what do you recommend that they do?

“Call the police, first. Document what happened and get off the truck safely. Unfortunately, we don’t have a 1-800 number, a crisis intervention line or trained professionals to help make sure the trainee gets off the truck safely — all of those things would be helpful and could be done.

Also, we are going to have a live webinar with the EEOC so that people can ask questions and/or talk about any sexual harassment or violence they’re currently facing in the workplace. The date for the webinar hasn’t been finalized yet, but when it is, it’ll be announced on the Real Women in Trucking Facebook page.”

Tamara Brock is an owner-operator at LTI Trucking Service. She is also a motivational speaker and Empowerment Lifestyle Coach. To follow Tamara on social media, visit her YouTube channel and Facebook page. To learn more about Real Women in Trucking, visit http://www.realwomenintrucking.com.