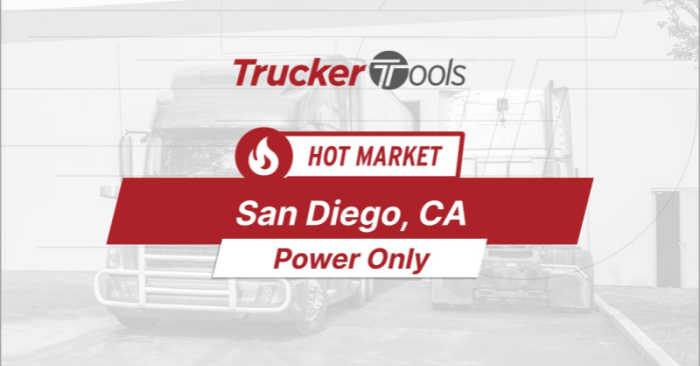 In today’s free market report, one Texas city appears twice in our Top Five Hottest Markets list, while four Southern U.S. regions are expected to experience increased demand for trucks this week. You also can expect demand for power only capacity to remain relatively high this week for one West Coast port, while one Arkansas city is likely to see extremely low demand for power only over the next five to seven days.

Scroll down to read more about what you can expect from freight markets across the United States and Canada this week in this mid-week edition of Trucker Tools’ “Where’s the Freight?”

Where Demand/Rates Will Be High or Increasing

Where Demand/Rates Will Be Low or Decreasing