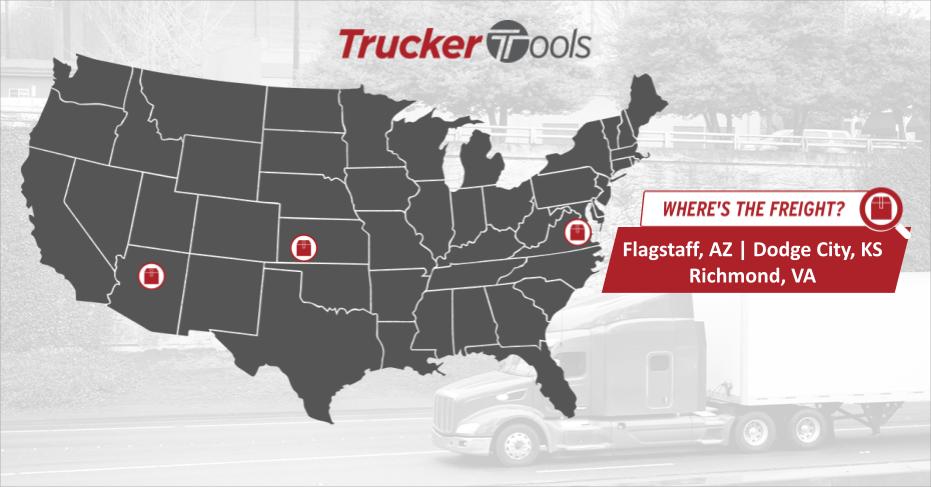 It’s Friday, which means it’s time for another edition of Trucker Tools’ “Where’s the Freight?,” your source for finding out where demand for flatbed, reefer, power only and dry van capacity will be high and low in the coming week. Over the next five to seven days, you can expect power only demand to increase in four different markets across several Eastern U.S. states. Flatbed demand will be on the rise in one Arizona market in the coming week, while cities in Texas and Ontario are projected to see the highest demand for flatbed capacity in North America. If you’re running dry van this week, you may want to avoid taking loads into the Calgary, Alberta, area, as van demand will be extremely low there. Reefer demand also is projected to be extremely low inbound to and outbound from Billings, Mont., and Hartford, Conn.

For more details on where you expect to see the highest and lowest demand/rates over the next five to seven days, scroll down to read the rest of this Friday edition of Trucker Tools’ “Where’s the Freight?”

Have a great weekend, everyone!

Be sure that you check out the Wednesday edition of our free market report, Where’s the Freight? Dodge City, Bowling Green, Texarkana, Rapid City and Lubbock Projected To Be Top Markets for Owner Ops and Carriers This Week. To download the Trucker Tools mobile app, visit https://www.truckertools.com/carriers/.