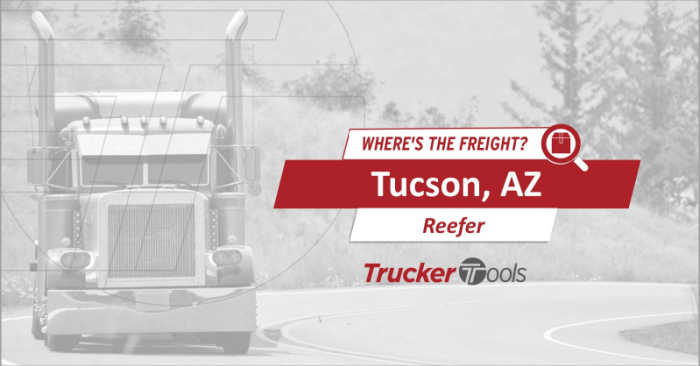 Happy Friday, and welcome to your end-of-week edition of “Where’s the Freight?” from Trucker Tools. “Where’s the Freight” is a free, three-times-a-week market report that uses real-world data to predict where demand for capacity will be high, low, increasing and decreasing over the next five to seven days. In this Friday edition of “Where’s the Freight?,” you’ll notice that four of the markets in our Top Five Hottest Markets list are in the Southern United States, while one Canadian flatbed market claims the number one spot in the list. Also of note in today’s report is that two cities in the Canadian province of Alberta are projected to have extremely low demand/low rates for dry van this week. You can expect demand for reefer capacity to be on the upswing this week inbound to and outbound from Texarkana, Texas, and Dodge City, Kan., as well.

Read on for more insights into which markets will be hot and cold in the coming week in this Friday edition of Trucker Tools’ “Where’s the Freight?”

For more market insights, be sure to check out Where’s the Freight? Dodge City, Rapid City, Texarkana and San Diego Will Be Top Markets for Truckers in Coming Week, the mid-week edition of our free market report. To download the Trucker Tools mobile app, visit https://www.truckertools.com/carriers/.