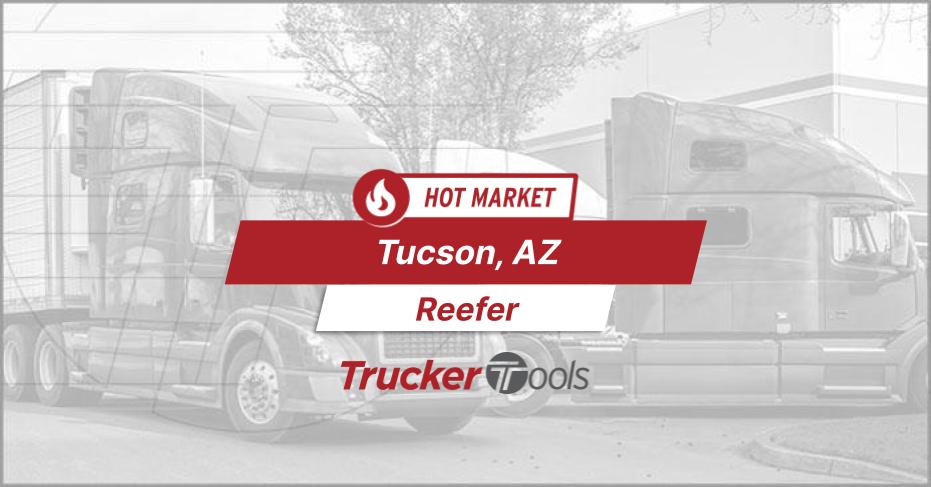 Happy Wednesday, everyone, and welcome to this mid-week edition of Where’s the Freight?,” Trucker Tools’ free freight market report for owner operators and carriers. “Where’s the Freight?” provides you with projections and insights into where demand and rates will be highest and lowest across North America in the coming week.

According to a report released yesterday, U.S. retail sales increased in October for a third consecutive month, indicating that consumer spending hasn’t slowed despite the fact that U.S. prices are rising at their fastest pace in 30 years. Some contend that retail sales are higher than usual because consumers are attempting to beat shipping delays by doing their holiday shopping earlier than in previous years.

In this Wednesday edition of “Where’s the Freight?,” you’ll notice that our Top Five Hottest Markets list is evenly split between power only, flatbed and reefer markets, reflecting sustained demand across all three sectors. For the first time ever, the Mobile, Ala., power only market claims the top spot in our top five list, making it the most profitable market for truckers and carriers in the coming week. Also of note in today’s freight forecast — flatbed demand will remain elevated in two key Texas markets, while Tucson, Ariz., is projected to be the highest demand/rate reefer market over the next five to seven day period.

To get all the details on what to expect from freight markets across North America this week, scroll down to read the rest of this mid-week edition of Trucker Tools’ “Where’s the Freight?”

For more insights into where demand/rates will be high and low, read Where’s the Freight? Texarkana, Edmonton, Rapid City, Mobile and Lubbock Highest Demand/Rate Markets This Week.