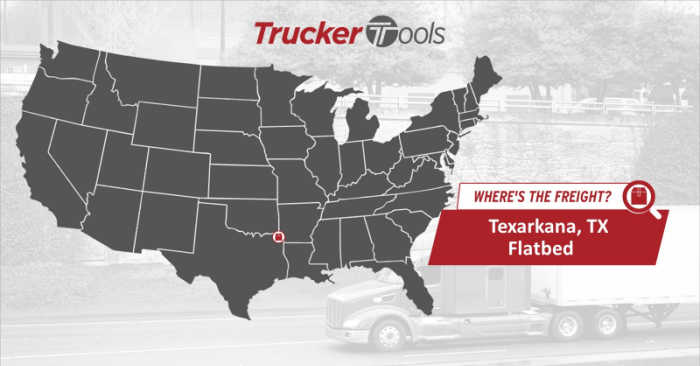 Welcome to your Monday edition of Trucker Tools’ “Where’s the Freight?,” a free freight forecast that tells you where demand (and rates) are likely to be high and low in the coming week. In today’s edition of our free market report, you’ll notice that the Pendleton, Ore., power only market claims the top spot in our Top Five Hottest Markets list. This is the first time that this market has appeared in our top five list. Also of note in today’s edition of “Where’s the Freight?” is that demand for both flatbed and reefer capacity inbound to and outbound from Southwestern Ontario is expected to increase this week. In the coming week, you can expect extremely low demand for reefer capacity to/from Billings, Mont., and for power only demand to decline in several major distribution markets in the Southern United States.

Scroll down and read the rest of this newest edition of Trucker Tools’ “Where’s the Freight?” to discover where else demand and rates will be highest and lowest over the next five to seven days.

Read Level Up Your Trucking Business: Target Loads in Areas Where Demand for Trucks Will Be High or Increasing to learn more about how “Where’s the Freight?” can help your trucking business. To download the Trucker Tools app, visit https://www.truckertools.com/web/carriers/.