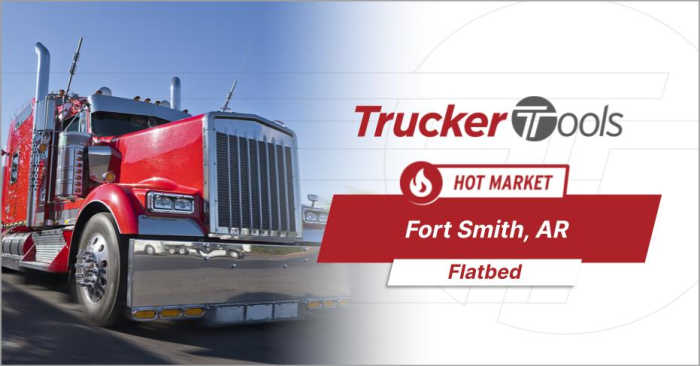 Happy Wednesday and welcome to the mid-week edition of Where’s the Freight?,” Trucker Tools’ free market report for owner operators and carriers. Over the last week, fuel prices and national average volumes/rates that measure truckload demand have declined, but most experts don’t expect those declines to last long. The Russian oil embargo and springtime construction and produce surges likely will bring both back up very soon.

In today’s “Where’s the Freight?,” you’ll notice that the Springfield, Mass., power only market is projected to the be the highest demand market in the United States and Canada over the next five to seven days. This week, you also can expect dry van demand and rates to/from Gary, Ind., to increase, while Dodge City, Kan., will remain a hot market for reefer loads. In the coming week, look for flatbed demand for Ithaca, N.Y., and Fort Smith, Ark., to increase, as well.

Read on to learn more about which markets will be hot and cold this week in this Wednesday edition of “Where’s the Freight?”

For even more market insights, read the Monday edition of our free freight forecast, “Where’s the Freight? Dodge City, Ithaca, Texarkana and Tucson Projected as Highest Demand Markets This Week.”