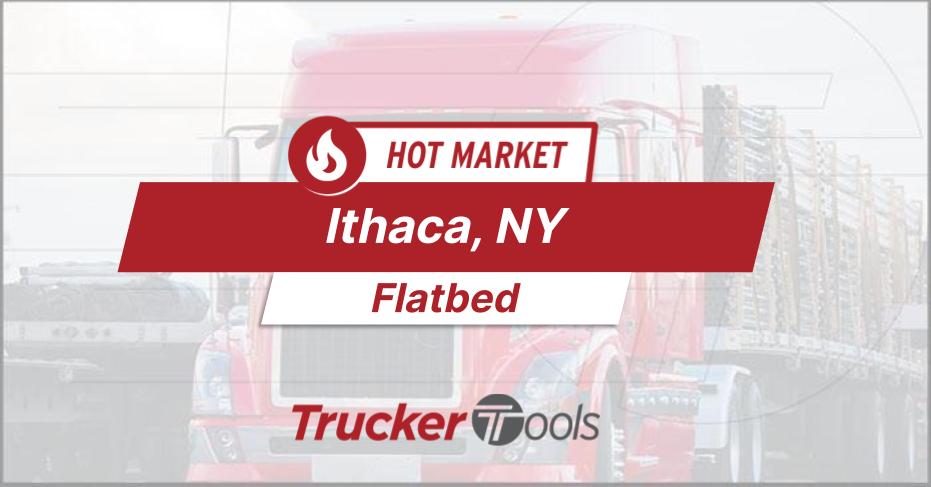 Welcome to your mid-week edition of Where’s the Freight?,” Trucker Tools’ free market report for owner operators and carriers. “Where’s the Freight?” provides you with insights into which areas of the United States and Canada will see high and low demand for flatbed, reefer, power only and dry van capacity in the coming week.

Over the next five to seven days, you can expect flatbed demand to remain elevated in one East Texas market and for flatbed demand to increase for Ithaca, N.Y. In today’s edition of “Where’s the Freight?,” Ithaca, N.Y., claims three of the five spots in our Rising Markets list, which tells you where demand is expected to increase in the coming week. Also of note in today’s market report is that Tucson, Ariz., is number one in our Top Five Hottest Markets list. In fact, this week reefer demand inbound to and outbound from Tucson, Ariz., will be twice as high as it was last year.

For more insights into where demand and rates will be high, low, rising and falling over the next five to seven days, check out the rest of this Wednesday edition of “Where’s the Freight?” below.

Where Demand/Rates Will Be High or Rising

Where Demand/Rates Will Be Low or Falling

Be sure to view the Monday edition of our free freight forecast, Where’s the Freight? Jackson, Tucson, Nashville, Rapid City and Toledo Top Markets for Truckers and Carriers This Week. To download the Trucker Tools app, visit https://www.truckertools.com/web/carriers/.