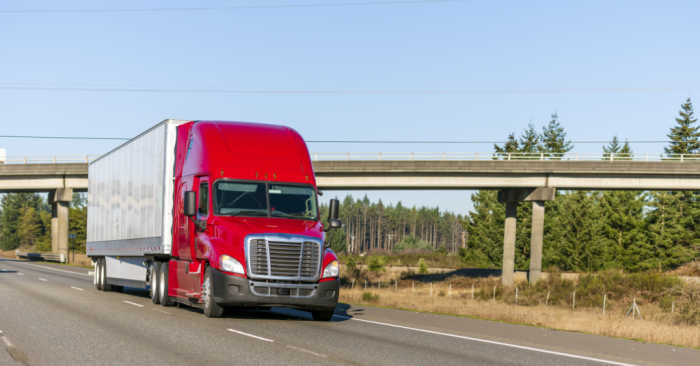 When trucks are in high demand like they are now, you need to be able to quickly locate loads and book them so you can get back on the road driving and making money. The truth is that using load boards and calling/emailing brokers to find out what they have available for loads takes time. You may have to respond to several load board posts or make several phone calls before you find a load that meets your needs. That time you spend waiting for responses from brokers eats into your drivetime. By the time they get back to you, the load also may have been taken by another trucker, which means you’ve lost time that you can’t get back and have nothing to show for it.

The True Cost of Load Boards and Inefficient Load Searches

Trucker Tools recently surveyed truckers from across the nation about how they use technology and get loads. Some of the truckers we surveyed told us they spend up to four hours or more at a time looking for loads on load boards or finalizing load bookings with brokers by phone. Even if you’re spending an hour each day on load boards or on the phone with brokers about loads, that’s five hours each week, twenty hours each month of drivetime that you’re losing. Those hours represent lost opportunities to earn more money.

It’s also important to consider the monthly fees that you have to pay just to access information on load boards. Of the truckers who responded to our survey and use load boards, 67 percent reported that they pay a monthly subscription fee for each load board and 44 percent said that they pay at least $30/month for each load board. If you’re using more than one load board, those monthly subscription fees can quickly add up. You can easily spend $100 or more each month just to access load boards.

One of the reasons that a trucker’s best way to get loads is Trucker Tools’ driver app is that you can find loads quickly with the app. Trucker Tools’ free app has 17+ features and tools designed to help you run a lean and mean trucking business. One of those tools is a powerful load search tool. Instead of playing phone tag with brokers or getting frustrated with load boards, why not quickly search for loads with a few taps on your smart phone with Trucker Tools’ free mobile app. When you search for loads using the app, you can search by type of load (truckload or LTL), freight type (van, reefer, flatbed, auto carrier), lane, date and time. Each load that you see in your search results list includes the broker’s name and phone number, type of load, pickup and drop off locations, associated deadhead miles and weight. If you tap on the Reloads tab, you also can quickly see what backhauls are available for each load. Once you find a load that you like, tap on the phone number for the broker to call the broker or tap on the Quote button to send a quote to the broker through the app. All of the above takes less than a minute.

In addition to being lightning fast, the Trucker Tools app never shows you stale load data. Trucker Tools integrates with the transportation management software that brokers use, which means that when brokers book loads with you or another driver/carrier, the load is immediately removed from the app.

One of the great things about Book-It-Now® loads is that you can book them 24 hours/day and seven days/week. You don’t have to wait until a broker’s office opens to find out the rate on a load or to book it. You can search for and book loads on your schedule at times that are convenient for you.

Is finding truck parking stressing you out? If so, check out these Six Truck Parking Tips from Drivers Working in the Trucking Industry. To download Trucker Tools’ free mobile app, visit https://www.truckertools.com/carriers/.