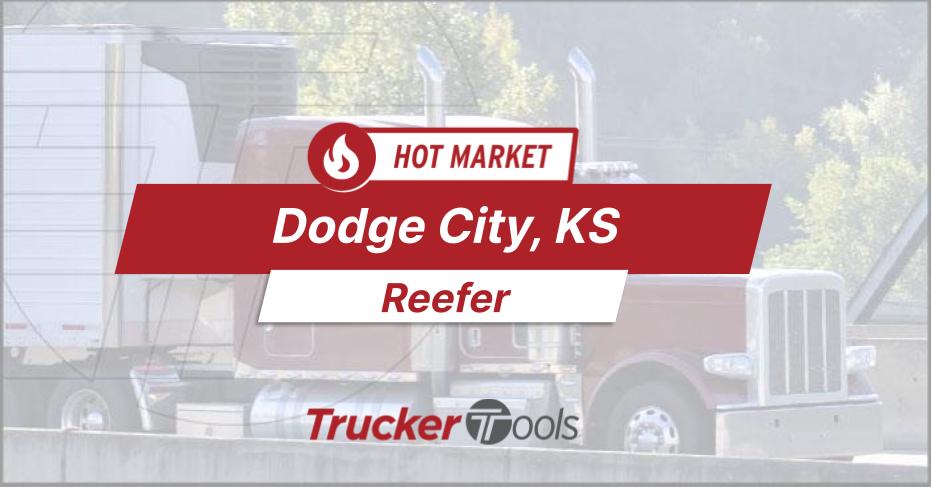 Happy Wednesday, everyone, and welcome to your mid-week edition of Where’s the Freight?,” Trucker Tools’ free freight forecast for owner operators and fleets. The market insights you see in every edition of “Where’s the Freight?” are based on the latest data from Trucker Tools’ software platforms. With hundreds of brokers on Trucker Tools’ broker platform, 175,000 carriers on our free carrier platform, and 1.5 million app users, we can predict with accuracy where demand (and rates) are likely to be high and low across North America over the next five to seven day period.

In today’s edition of “Where’s the Freight?,” the Reno, Nev., power only market once again nabs the top spot in our Top Five Hottest Markets list for the coming week. While Reno, Nev., historically has been known for its gaming industry, in recent years, its construction, manufacturing and transportation sectors have grown considerably. If you’re running flatbed, you’ll want to make Rapid City, S.D., a priority this week, as it’s projected to be the highest demand and highest rate flatbed market in North America. On the reefer side, Edmonton, Alberta, a major agricultural and agri-food processing center in Canada, will continue to be a hot spot in the coming week.

To find out where else demand and rates for flatbed, power only and reefer capacity will be highest and lowest in the coming week, scroll down to read the rest of this Wednesday edition of Trucker Tools’ “Where’s the Freight?”

Have a great Thanksgiving!

Be sure to check out our previous market report, Where’s the Freight? Reno, Wilmington, Edmonton, Tucson and Fort Wayne Highest Demand/Highest Rate Markets This Week, for more market insights.